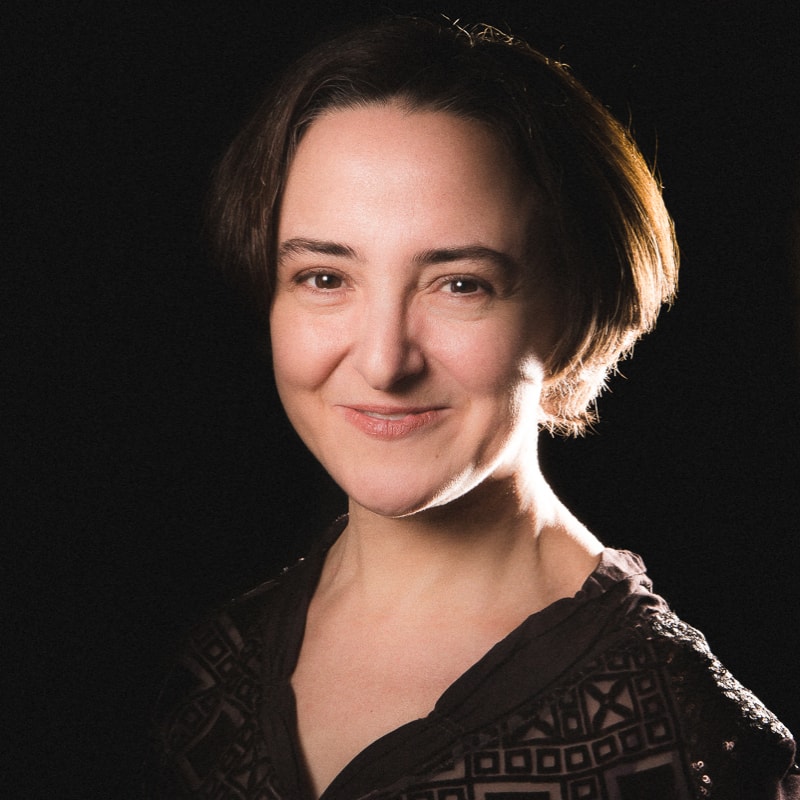 Julieanne Ehre is the founder and the director of Pivot Arts. She both leads the organization and curates and produces the Pivot Arts Festival, Pivot Arts Podcast, and site-specific works. Julieanne directs Pivot Arts’ incubator program in partnership with faculty and staff at Loyola University Chicago where the incubator is housed. As part of the program, she has developed multidisciplinary works by over 25 artistic groups including Issac Gomez’s La Ruta which premiered at Steppenwolf Theater as well as the hip h’opera, The Rosina Project, and the nationally acclaimed theater company, Rude Mechs’ Not Every Mountain both of which premiered as part of the Pivot Arts Festival. She was listed as one of “50 People Who Perform for Chicago” by New City Stage in 2019 and 2022. Ehre served as the NEA/TCG New Generations “Future Leaders” Fellow at the Goodman Theatre where she served as Producer on Latino Festival, New Stages Series and conceived of and produced the Goodman’s Artists Talk series — producing discussions with artists such as Philip Seymour Hoffman. At the Goodman, she focused on International Initiatives including the Global Exploration of Eugene O’Neill with the Wooster Group, Ivo van Hove and other world-class artists. Julieanne recently traveled to Poland on an exchange between theater professionals with the Center for International Theatre Development based in Baltimore. She served as a delegate to the Santiago a Mil Festival in Chile and the ITI World Theater Congress in Xiamen, China through Theater Communications Group and was the Co-Chair of the Arts and Culture Committee for Chicago’s 48th Ward. As the Artistic Director of Greasy Joan & Co. for five years, she won an “Abbey Award” from the Arts and Business Council for the organization’s strategic planning. At Greasy Joan, she directed and produced critically acclaimed and premiere adaptations of classic plays and worked as a freelance theater director. Ehre holds an MFA in Directing from Northwestern University and a BA in Anthropology from Grinnell College.